There are over 2000 native species that grow in various palm tree locations.

They thrive from the Caribbean to Asia; Africa to Australia, the United States to Canada.

South and Central America, Mexico and the Middle East are also home to many varieties.

Europe has quite a few more than you may think... and even Russia is sporting some for the 2014 Winter Olympics!

With landscaping, gardening, home decor and travel- many of these locations are now home to more than just their original native species.

Palms on beach in the Mayan Riviera

There are a few that are on the endangered list in their native habitats.

If it wasn’t for the popularity in gardens they would surely go extinct.

California and Arizona are palm tree locations that have numerous types growing there today.

The one of the most notable varieties is the California or desert fan palm.

Of course there are many date varieties as well.

The state tree for both South Carolina and Florida is the Sabal palmetto.

You’ll find these trees growing wild all over both states.

This a fairly cold hardy palm that does extremely well in these locals.

There are numerous coconut palms to be found further south especially around the Florida Keys.

Texas has many kinds of desert palms towards the south and other salt tolerant varieties along the coast.

The diverse climate on the Hawaiian Islands leads to many spectacular trees being grown there. Do you know how many types are native there?

There are a few palm tree locations in Europe that are ideal for their growth.

All around the Mediterranean you’ll be able to find them without trying too hard.

One of the most popular is the canary island date palm. Originating on that island in Spain, they have made their way to various locations all over the world.

You’ll even find the Pindo palm growing in England along with the windmill and needle palms.

Believe it or not you'll also find an abundance of palms growing in England.

The English Riviera is sort of famous for the palm trees growing there. Here's a link for you to see may photos of what the area and it's trees look like.

Here's the link to a cool page that talks about how climate change has made growing many different types of palms there. They even list some great nursery resources around the area so you can buy them too.

Africa and the Middle East

The most popular kinds found in the Middle East and Africa are the date and oil producing varieties.

The Middle East is the biggest producer on the world market for dates.  Africa is fast becoming one of the world’s leaders in oil from the palm tree.

The largest producers are India and Malaysia for oil on the world market. Both produce oil for human consumption and for biodiesel.

The bottle palm is a popular warm weather garden tree used in landscapes and pots.

It originates from an island off the coast of Africa along with it's cousin the spindle palm and many others.

Working on Palm Tree Passion in a Carribean Paradise

The Caribbean is one of the world’s most popular vacation destinations.

You can’t picture a tropical beach to relax on without palm trees springing to mind.

Like many cultures around the world, the native peoples use palms for many things.

The trees shelter them. Feed them with fruit. Quench their thirst with water.

These trees play an important role supplying them with the some of the basic necessities of life.

Coconut palms are the main stay, but with ideal growing conditions there are many varieties that originate in the region.

A trip to the Dominican Republic will allow you to explore their native  palms while on vacation:

Check out the whole island here at the best DR vacations.

We spend a lot of time in the DR. So much so that we now call it our home.

There's quite a few of the photos on the website that were taken right here on the North Coast.

There are many palm tree locations in South and Central America.

The great wax palms of Brazil and Columbia are some of the tallest species in the world.

They get up to 200 feet tall and tower high above the canopy of other trees below.

The Chilean wine palm is a fabulous tree. It is starting to be used more widely for lining streets and driveway entrances.

Let's not forget the rain forests. Not just in South America but around the world. They are home to many humidity loving varieties, while the arid types thrive in the world's deserts.

Asia and Australia are the native home to many kinds of palms used in landscaping today.

The popular foxtail and kentia palms are threatened in their native habitat in Australia.

Both are now around the world, on display in many different landscapes.

The Chinese fan palm is a favorite for indoors and out.

Canada is not the place to expect to find palms but we do have a few varieties that grow outdoors on the west coast in the Vancouver area.

The most notable being the windmill palm.

There's also queen palms that are brought in to Port Dover in Ontario for the summer. It's located on the north shore of Lake Erie.

Many others are imported for use in pots on patios in summer and indoors in the colder months.

We may be the "Great White North" but we deserve a tropical feel too- especially when the arctic winds are blowing!

You may think that Russia is unlikely to be included as one of the palm tree locations.

They don't think that way at all.

There's a few different ones on display in Sochi where the 2014 winter Olympics took place.

Here's a link to a brief  video there are some fan palms as they disembarked the train upon arrival.

Of course it's the winter games so you'd have to expect some snow but not on palms.

They look to be some very cold hardy palms indeed!

I'm Darla the creator of Palm Tree Passion. I hope you have enjoyed your visit. 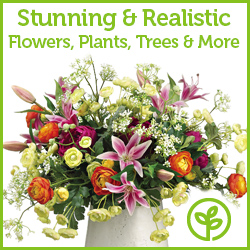